We contribute the amount of 4.3 million CZK

Every year we provide financial and material support to those in need.

Direct support to both organizations and individuals

The necessary finances arrive directly in the hands of those who need it.

We support those in need in many areas 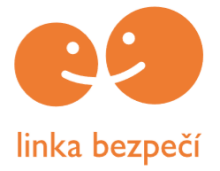 We support children's institutions and leisure activities. We also support the Safety Hotline, which provides high-quality and easily accessible help to children, students and everyone involved in helping them. The Safety Hotline helps with solving difficult life situations as well as everyday struggles and problems. For example, we also support the Orphanage Korkyně.

We also support leisure clubs for children affiliated with both the non-profit organization called the Protection of the Fauna of the Czech Republic and the dog shelter Fauna Home. The Science Club, functioning near the center of environmental education and the Rescue Station for Injured Animals in Votice, offers nature retreats as part of the children‘s learning process. In a Beekeeping Club located near the Fauna Home in Hrachov, children learn about the life of bees, the work of a beekeeper and the production of bee products.

The Center of Educational Care Orlíček Přední Chlum, o. p. s. serves as a temporary asylum for abused children and provides them with social and legal protection.

We contributed the amount of 150,000 CZK for a brand new babybox for a

There is a Beekeeping Club near the Fauna Home where children learn about the life of bees, the work of a beekeeper and the production of bee products.

Every day, more than 500 children and young people from all over the Czech Republic call the Safety Hotline to ask for help or advice.

Miroslava and Petr Loupanc of Bystřice pod Hostýnem are raising three children. However, their situation is a bit more difficult than in ordinary families, because they are both blind. Despite all of their difficulties, they lead a happy life. Petr is a masseur and in 2014 he was elected to the city council. They admit that raising children is tiring, but with the increase of both age and independence of their children the obstacles are getting smaller.

Besides, the parents are inventive and have found many tricks that make it easier for them to take care of their children. Thanks to the financial support of D.I.SEVEN, they were able to afford, for example, a vacation, the equipment for a child's room, tuition fees for a private university for Miroslava, and even a long-distance adoption of a Thai girl, by which good deeds continue to be spread.

I live with a handicap

St. John‘s Residence provides social services, which include long-term support, help and care. Its goal is to fulfill the individual interests, needs and wishes of all their residents.

The Wheelchair Trend Association Olomouc is a voluntary, independent and apolitical civilian association, which promotes the equal legal status of handicapped individuals in society.

We support animals, especially those in animal shelters

One of the dog shelters we support is the Fauna Home in Hrachov. In addition to helping stray and abandoned dogs, this shelter also takes care of other types of animals. Old horses, goats, sheep and many other animals have found their homes here.

In contrast, the project Protection of the Fauna of the Czech Republic is engaged in the protection of wild animals and their habitats. Its headquarters are in Votice and Hrachov, where they run a rescue station for injured animals. In addition to saving animals, the Protection of the Fauna is also devoted to educational activities. It organizes different kinds of field trips, lectures, exhibitions and educational events for both children and their parents.

The animal shelter Fauna Home does not only deal with the breeding of stray and abandoned dogs. Old horses live here as well, while goats and sheep lounge in sheepfolds, and the Scottish Highland Cattle graze on the meadows.

The Protection of the Fauna of the Czech Republic

The project Protection of the Fauna of the Czech Republic is engaged in the protection of wild animals and their habitats. It also specializes in ecological education of the public, as well as organizing various exhibitions, lectures and seminars.

We support athletes as well, and we rejoice in their success

Not only do we support healthy athletes, but handicapped ones as well. We are especially proud of the Rugby Club Sedlčany and the Rugby Club Tatra Smíchov. Although rugby is not the most traditional sport, it is gradually gaining popularity and attracting many fans, especially with the majority of success each team has.

Tomáš Mošnička is definitely not only a great athlete, but also a great fighter. After a spinal injury that strapped him into a wheelchair, he returned to doing sports 2 years later, specifically the bench press, in which he won many awards. Nowadays, he is mostly involved in handbike racing, in which he won the Championship of the Czech Republic and reached a beautiful 13th place in the World Cup.

Take a look at the profile of the Rugby Team Sedlčany, which we support

The Sedlčany Club was founded in 2005 and their club colors, green and black, have already made their mark among other rugby teams in the Czech Republic.

The Rugby Club Sedlčany was founded in 2005 but their club colors, green and black, have already made their mark among other rugby teams in the Czech Republic.

The Rugby Club Tatra Smíchov was founded in 1958 and throughout its existence it has proved that it can awaken a desire to develop skills and achieve victory in young people.

Tomáš Mošnička is the Champion of the Czech Republic and the winner of the Czech Cup in handbike, but also the World Champion in weightlifting for handicapped individuals. Among other things, he is a great editor-in-chief of the I Live with a Disability portal.

We sponsor a football club in Ostrov. The club was founded in 1950 and the victory of the Karlovy Vary Regional Championship can be listed among its many successes.

Thesupport of the theater culture

Thanks to the sponsorship of our company, the Theater HOGO FOGO can be open. High level cultural events can be held even in a small village. The quality of theater performances, concerts and the entire run of the theater couldn‘t operate without the kind sponsorship of our company. We are glad it has become a place of culture, humor, music, dancing, friend meeting, experience and adventure.

In addition to regular donations for individuals and organizations, we also help on a one-time basis. We built a playground for children in Hrachov and its surroundings. We financed a Babybox in the Hospital Příbram for newborn babies. We contributed to the endowment fund and to several sports events. We sponsored the program of the news channel Czech Sports TV called Hockey On The Ground, which charted interesting facts from the world of field hockey. On top of that, we sponsored many other organizations and individuals.

Construction of a playground

After their lessons, children can visit a newly built playground, which stands thanks to our help.

The private orphanage was put into operation in October 1992 as the first non-state facility of this type in the Czech Republic.

We contributed 30,000 CZK to the endowment fund the Match Teplice.

Hockey On The Ground

We sponsored the TV program Hockey On The Ground, which was broadcasted on the news channel Czech Sports TV. The program charts events and provides interesting information and interviews about field hockey.

One of the bloggers of the project I Live with a Disability is a promising painter and writer named Vitek S., suffering from Asperger's syndrome. Vitek has an IQ of 133.

We contributed 5,000 CZK to the Golden Skate Figure Skating Races in Lovosice.

The Orphanage Solenice was founded in 1967. One year old children can stay here, assuming they have siblings in the orphanage, as well as children up to the age of 26, provided they are studying.

Childcare at the Orphanage Seagull in Benešov has been around since February 1949. All of the staff do their best to support the children.

You can't tell it‘s an orphanage at first sight. Children from the orphanage interact regularly with children in their village and have good friendships with them.

The Orphanage Pepa was inaugurated on October 28th 2002 in the village Lazec near Příbram. Founders, who are credited with this orphanage

The Orphanage Přestavlky and the primary school in Sedlec - Prčice is a contributory organization, whose founder has been the Regional Office of the Central Bohemian Region since 2001.

The Orphanage Uherský Ostroh is a family kind of orphanage. Currently, it offers a total of 4 flats, each of which provides room for 6-8 children with 3  governesses

The Association of Parents and Friends for Health-Disadvantaged Children in the Czech Republic z.s.

This is a non-profit organization partnering families with health-disadvantaged children. It functions in the entire Czech Republic through its regional clubs.

The Blue Key is a non-profit, non-state organization providing social services for children and adults with mental as well as combined handicap.

The Sun Ranch is a family-owned company, founded in the last years of the past millennium. As well as taking care of in-bred and zoo animals, it carries out many other activities

The Basketball Club USK Praha is one of the top Czech basketball clubs. Its participation in the top level basketball games goes as far back as the year 1953.

The Rugby Academy Yves Perrot is a program that focuses on the social and educational aspect of rugby, not just the sport.

Among the sports clubs we support is also the Biking Club in Jindřichův Hradec.

The Spartan Children‘s Day in Lovosice

We sponsored the “Spartan Children's Day” in Lovosice in an area near a football stadium.

The Indoor Tournament for the Fan Club AC Sparta Praha

We sponsored a football tournament in Lovosice, which was organized by the  Fan Club AC Sparta Praha.

We sponsored the National Endurance Race Borotín in endurance riding.

The Summerhouse Vendula is an organization which offers social services such as daily and weekly residential care and emergency accommodation.

The Center of Baroque Culture, z.s.

We supported the Center of Baroque Culture, z.s.

We supported the Club of Russian and Asian Shepherd Dogs, z.s.

We supported the Association of Voluntary Firefighters Vlčkovice.

We supported the Association of Voluntary Firefighters Hrachov.

We supported the Wing Hospice in Sedlčany.

The Institution of Mother and Child Care

We supported the The Institution of Mother and Child Care.

We supported the Football Club Kavalier Sázava. The beginning of Sázava‘s football history started in the year 1925. Some of the officials from the division include Messrs. Nepraš, Procházka, Veselka, Gaizr, Vycpálek.